We humans are masters in the art of laziness: sometimes we don't even feel like getting out of bed or tackling our busy day ahead. Dogs are completely different. Although they need plenty of rest and adore snoozing on the sofa, the word 'lazy' just isn't in their vocabulary. Which is strange, because sometimes the very opposite appears true.

All dogs enjoy walking, sniffing and playing outside. Naturally, energy levels differ per breed and age, and dogs sleep an average of 14 to 18 hours per day: puppies even more! Nevertheless, man's best friend could hardly be described as lazy. So, why does your pooch sometimes behave like such a couch potato? 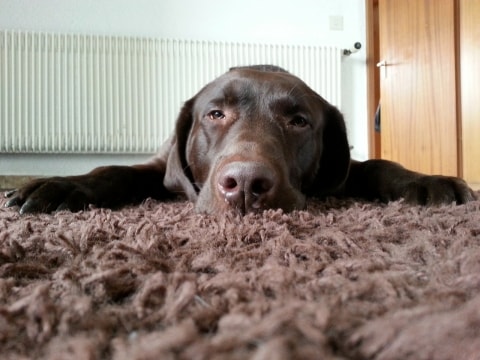 Unlike people, dogs don't complain. Which means that we tend not to notice when they're in pain, discomfort or feeling anxious. Yet, your tail wagger will try to let you know in his own doggy way. By whining, panting, yawning or using other stress signals for example. And, as ALL dogs love nothing more than a walk outside for a good old snuffle, there's definitely something amiss if yours doesn't feel like it. And, it's your job as owner or pet sitter to figure out exactly what's wrong. Below are a few possibilities:

Your dog is in pain
Is your dog listless and not displaying his usual enthusiasm for his walk? Then, there's a good chance that he's in pain. Dogs are unable to say 'ouch!' or grumble in response to pain. You probably won't even notice if your furry friend has chronic joint or muscle pain for example.  But walking, playing and running is no fun for a dog that's hurting! Unfortunately, many dogs suffer from undetected pain. So, always check whether your pooch is showing any signs of physical discomfort. A visit to the veterinarian or osteopath will eliminate any doubt and, thankfully, many problems can be solved with nutrition, medication or physical therapy.

Your dog is scared
You take your dog outside, but he doesn't want to come when called. "Fido, Fiiiiiido, come on boy!' But Fido is rooted firmly to the spot. You think 'hey, what's the problem? Just come here', but Fido has seen something scary. Perhaps it's another dog, a group of people, a cyclist or something else that's frightening him. Observe his body language: the position of his tail and ears, his entire demeanour. Is he looking away indifferently, is he trying to make himself smaller, is he panting or yawning, are his ears flattened backwards? These are all stress signals that say: I want out of this situation as quickly as possible! Your dog is not lazy, but scared. Rather than shouting at him, calm him down and reassure him: after all, you don't want him to come purely out of fear of reprimand, but rather because he wants to, right? 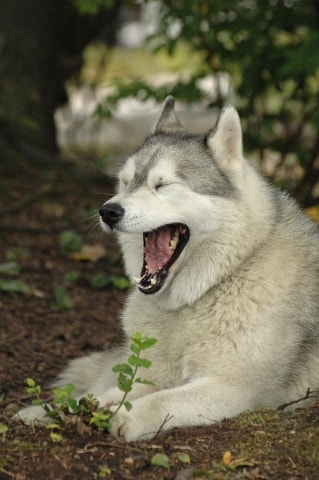 Your dog is feeling down
'My dog doesn't like going for walks and prefers lazing around'. Or 'my dog is perfectly happy at home, he just curls up and goes to sleep.' Many people believe that their dog is lazy because he's lethargic and inactive. But cause and effect are often confused. By nature, dogs love going outside and exploring. If a dog spends a lot of time at home alone, he'll inevitably feel down. Yes, dogs do get depressed! A dog that's not sufficiently stimulated will withdraw and become listless. He'll spend his days sleeping because there's nothing else to do. No one wants to take him for a walk and play with him. Do you suspect that your dog is feeling a little down? Then gently introduce him to more activity: take him for more walks and try varying your route so that he can explore new scents. Provide him with plenty of entertainment and playtime, and he'll be back to his happy old self in next to no time.

Your dog is overweight
Yep, dogs can become overweight, just like us. An overweight dog will have difficulty moving. He'll want to, but won't quite be able to manage it! If you're not careful, your once fit and energetic dog will become slow and lethargic, resulting in him piling on even more unwelcome pounds. But how can you tell if your precious pooch is overweight? A good guideline for a healthy weight is: you should easily be able to feel, but not see his ribs, and he should have a nice trim belly. Is your dog getting a little too chubby? Then adjust the amount of food that you give him. You'll actually be doing him a massive favour! And, take him on as many walks and play with him as much as possible, and your lively and active companion will soon resurface. 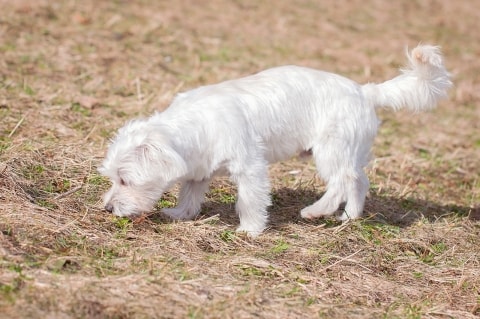 A healthy, happy dog loves going on adventures and enjoying a good old sniff around

Of course, not all dogs are natural born athletes. Some breeds are less physically active than others and older dogs are usually more tranquil. But a healthy, happy dog is always enthusiastic, alert and most definitely up for a walk. Does your dog (or the dog that you're currently pet sitting) seem 'lazy'? Then listen to what he's trying to tell you and look for the root cause. As soon as you begin tackling that, you'll see what a naturally cheerful and inquisitive animal your four legged friend really is.

If you plan to become a pet sitter, it will make your job easier to have some basic pet sitting equipment on hand.

Some pets are more relaxed than others when taking medicine, however, it’s common for pets to hate this experience. Here's what to do if so.

Boarding your dog | What to take?

What will your pet need during their dog boarding stay? Here are all of the things you should bring along so that your pet has the perfect mini-break.